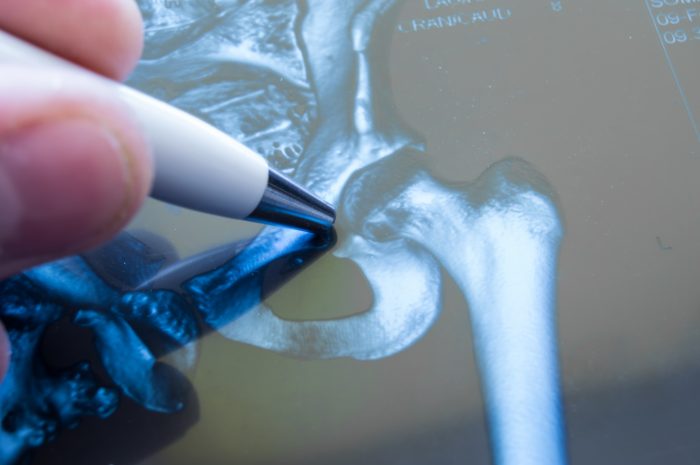 There are several reasons why this approach is not more widely used. Residency programs traditionally teach the posterior approach, and as a result few residents finish their training with experience performing the technique. Direct anterior total hip replacement also requires specialized instruments, implants, a specialized operating table, and a high level of surgical skill.

The anterior approach involves a surgical incision on the front of the hip instead of the side (lateral approach) or the buttock area (posterior approach). The anterior approach allows the surgeon to gain access to the hip joint through muscle intervals without cutting any muscles or tendons in the process. Because no muscles or tendons are sacrificed during the procedure, the patient typically experiences less pain and is more functional. The result is a shorter recovery—many of Dr. Clark’s patients are discharged home on the same day as surgery.

The posterior and lateral approaches to total hip replacement require cutting through very important muscles and tendons. In the posterior approach, the gluteal (buttock) muscles and the very important external rotator tendons are cut. These sacrificed structures are essential for the hip to function. The result is a longer, more painful recovery, a less natural-feeling hip after surgery, and a significantly higher dislocation rate. The typical patient stays three to four days in the hospital.

The first direct anterior total hip replacement was performed in Paris, France more than 50 years ago by medical professor Robert Judet. In subsequent years, a small group of French surgeons regularly performed and perfected the technique.

It was not until much later that the approach would reach patients outside of France. In 1996, the technique was observed in Paris, France by American surgeon Dr. Joel Matta. Impressed by the reduced rates of dislocation and leg-length disparity, as well as the enhanced rate of recovery, Dr. Matta helped to design a special surgical bed for the procedure and soon began performing the surgery himself. Recognized as the originator of direct anterior total hip replacement surgery in North America, Dr. Matta has since performed more than 3,500 hip replacements using the technique.

Dr. Clark is one of the midwest’s most experienced and highly-trained surgeons in the direct anterior total hip replacement.

For several years after this first procedure, Dr. Clark was one of only two surgeons in Iowa to perform the procedure. To date, Dr. Clark remains one of the most experienced and highly-trained surgeons performing the procedure in the Midwest.